Why Sugar-Free Fails You

Yesterday we talked about kicking that sugar habit. One of my tips was to avoid the sugar substitutes commonly found in diet, low-cal, and sugar-free products. But why?

(I’m going to group all sugar replacements that lack calories together. I’m going to use the term non-nutritive sweeteners, and refer to them as NNS for short.)

1. These chemicals can’t be doing us any favors.

According to our best research, we lack conclusive evidence that NNS play a role in cancer development. The FDA has given them the GRAS (generally recognized as safe) stamp, and until evidence proves otherwise, they will be used. But that can’t be the whole story, right? I mean, just because the FDA endorses the safety of NNS, doesn’t mean that we have conclusive evidence to discourage or encourage their regular use. 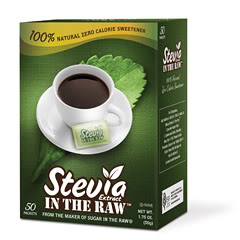 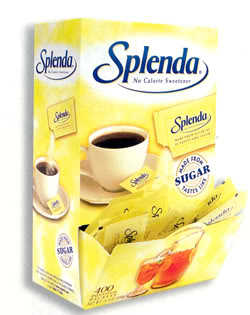 I get a little fired up when products like sucralose (Splenda) and stevia (various brands) throw around the term natural, making you think that they are safe. But they are still made in a factory or a laboratory. Just because it started as a plant doesn’t make it safe. And there are many brands that use the stevia plant – they are not all created equal.

We don’t have long-term studies that tell us whether there is a cumulative effect over someone’s lifetime of NNS consumption. We don’t know the full effects these chemicals are having on our metabolism. We do know that the less processed foods are, the better our body responds. I think this truth should apply to NNS.

2. Research shows as association between NNS and weight GAIN

I know, this is a real bummer. You’re using the NNS as a way to cut back on calories – which should help you lose weight. But research correlates NNS and weight gain. Who would have thought? The Yale Journal of Biology and Medicine has a great mini-review of NNS and weight gain. Two notable studies:

The San Antonio Heart Study: 3682 adults followed in the 1980s for 7-8 years. Those who consumed NNS-sweetened beverages consistently had higher BMIs at follow-up. They factored in initial BMI.

The National Heart, Lung, and Blood Institute Growth and Health Study: 2,371 girls (ages 9-19) followed for 10 years in the 1990s/2000s. Diet soda (and regular) was associated with consuming more calories each day.

3. Sweetness (regardless of its source) may enhance human appetite

Some research has shown an association between pre-loading with something sweet, and increased intake at the next meal. Basically, if you drink sugar water before a meal, you have a greater appetite. Same is true if you drink NNS-sweetened water. There is something about the sugar that drives us to want more – and our brain doesn’t distinguish between sweet with calories and sweet without calories.

4. Diet soda has been linked to an INCREASE in diabetes

5. Other potential side effects

While research is inconclusive, there have been many anecdotal reports of headaches and GI distress associated with NNS. If you have a sensitive system, or are prone to headaches, it’s just another reason to consider avoiding these products.

I used to be a big Diet Coke drinker. I got hooked on it in college – remember the Diet Vanilla Coke? We called it DVC. Not only was it tasty, but it helped me pull many all-nighters. After college, my only saving grace was that I preferred it from the fountain, not a can or bottle, so I only got it when I went out to eat (which wasn’t a lot because I was poor and cheap). But when I got it, I got it. I’m talking 5-6 refills per meal.

And then, about 5 years ago, I just decided it needed to stop. So I quit cold turkey. I should mention that I prefer hard lines in the sand. And I’d love to say that I never looked back. That would be a lie. Every once in awhile, I get a craving for one. I think it’s mostly nostalgia. When I go on road trips, I’m especially susceptible to caving in. But it’s never as good as I remember it. Unless it’s mixed with rum, but that’s another story altogether.

I am partial to fizzy water these days, as I really miss the carbonation more than the flavor of Diet Coke. But since I (mostly) quit, I have found that I crave less sugar, generally feel better about myself, and I drink a whole lot more water (which also means my skin looks better). All around, it’s been a win.

What about you?! What’s your story with NNS?